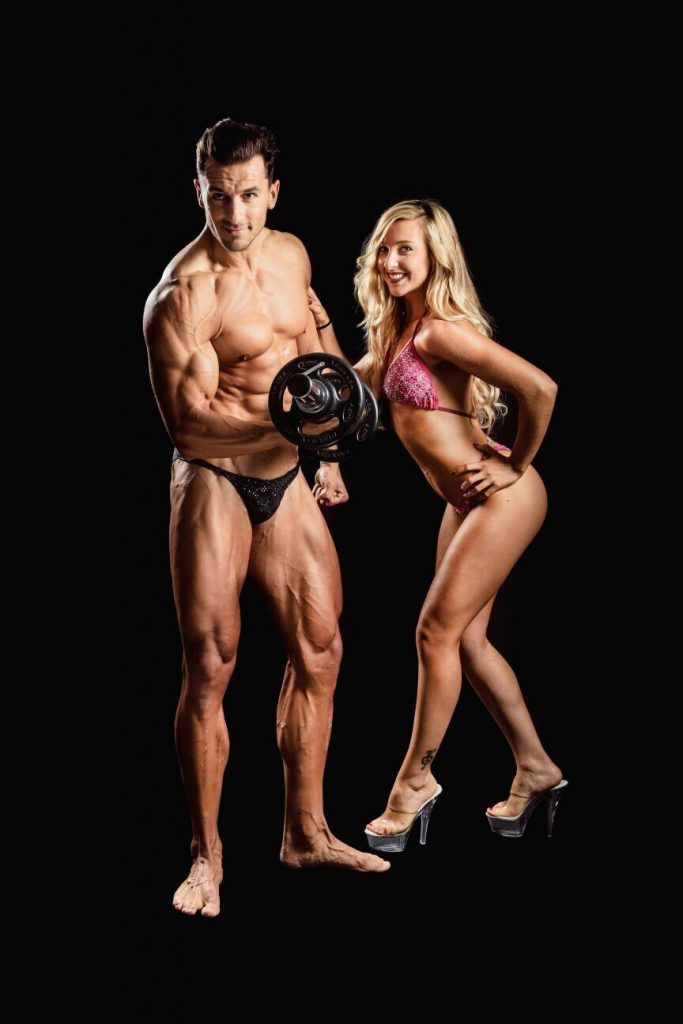 The Complete Diet Break, translated as “Complete Diet Break,” is a concept introduced by Lyle MacDonald in 2005 in his books The Flexible Diet Guide and The Rapid Fat Loss Guide (1, 2). Full Diet Break (FDB) represents, as the name suggests, a short-term interruption of a low-calorie eating program to reduce body fat, a strategy that is part of some of the diet programs described by the author.

“What was once perceived as negative, such as lack of will, is now becoming positive as part of the diet structure to make it work better long-term” (Lyle MacDonald – 2) .

The Complete Diet was introduced by Lyle MacDonald as a short-term strategy incorporated into the overall structure of the weight loss diet program. FDB is characterized by a period of approximately 2 consecutive weeks included in the weight loss program in which calorie restriction is interrupted in order to return with the contribution of calories to maintenance levels (eukaloric diet)). The purpose of the FDB is to work in part on the psychological component to promote dietary adherence in a long-term program. There are significant additional benefits in restoring basal metabolism and physiologically low hormonal status. due to prolonged calorie restriction, so once you return to a low-calorie regimen, fat loss is more efficient.

The idea behind FDB has two sources of inspiration. The first is related to the theories of the late Dan Duchenne, the only expert who recommended 10 weeks, 4 weeks of diet, 2 weeks of rest, and, again, 4 weeks of diet in preparation for a bodybuilding competition. The second inspiration comes from controlled research that will be described later. 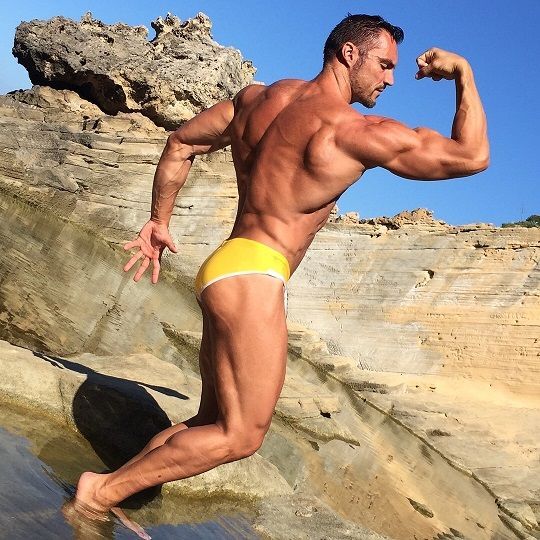 The scientific basis on which Complete Diet Break is based is a controlled study published in 2003 by Jeffrey and Wing in Obesity Research (3). The original goal of this study was to analyze the behavior of subjects after the diet was interrupted for a specified period of time and to understand why they had problems returning to the regimen. Subjects first went through a weight loss diet program. They were then ordered to discontinue the diet for 2-6 weeks so the researchers could observe what happens when the subjects return to their normal routine and begin to gain weight. The researchers did not make any recommendations as to what and how much to eat during this break; so they had unlimited food choices.

The results of the study were completely unexpected: the researchers accidentally made an amazing discovery. It was noted that during the “break”, the subjects not only did not gain the expected weight, but also had no problem returning to the regimen after the end of the 2 or 6 week break. Given that people tend to lose weight after quitting the diet, they wonder why this didn’t happen this time.

MacDonald suggests that the significant differences were in the self-control that favored the research environment. Let’s take a strict diet as an example: when a subject has to deal with a period during which, for whatever reason, he must give up the diet (stress, vacation, vacation, etc.), this leads to a loss of control and a feeling of resignation. As a result, according to conventional all-or-nothing thinking, the person becomes convinced that the diet is over and begins to eat uncontrollably. In the study, however, the researchers asked subjects to abandon the diet as if it were part of the dietary program structure. The author believes that the predetermination of the interruption of the diet for 2 weeks could probably lead to the fact that the subjects interpreted this pause differently from a psychological point of view. This “break” will be perceived as a change over which the person has control, and therefore, it is easier to spontaneously maintain a certain food discipline and resume the diet later. 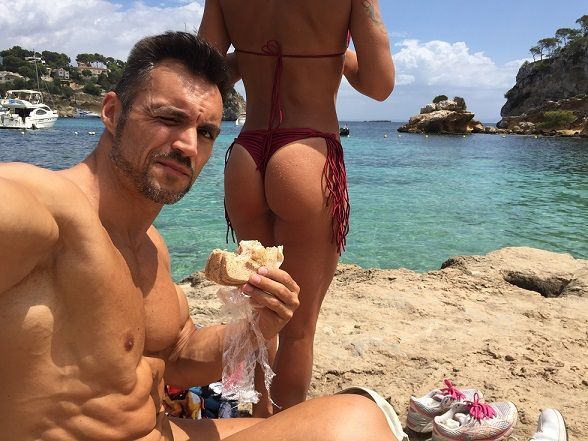 MacDonald made a distinction between the different types of FDBs. In Wing and Jeffery’s, described above, no rules or restrictions were imposed on people during the 2 or 6 week break, leaving them complete freedom to choose and how much to eat for the expected period. However, they did not gain much weight or lose control over their food intake. In other words, the FDB used in this study was completely uncontrollable, but despite this it produced good results in terms of both weight maintenance and dietary compliance after resuming the program.

However, as in real life, most people tend to fall prey to the idea of ​​”all or nothing” (“black and white”), if the FDB promoted total freedom, it could easily lead to loss of control, rejection from the program and weight recovery (4). To prevent this habitual eating disorder, McDonald’s is more of a semi-supervised approach that follows general guidelines without getting too obsessed with calculations and strict rules. This means that you will eat in a fairly controlled manner most of the time, but with the option of free meals throughout the day. In this sense, the focus will be on some guidelines for avoiding excessive food intake during FDB.

FDB Controlled is intended for those who prefer a tougher approach to food that is 100% enforced. In this case, the FDB will be seen as a well-organized strategy with very precise instructions for those looking to have complete control over their diet and carefully schedule calories and grams of macronutrients. While supervised FDB is a relatively rigid approach, it does not preclude adherence to the concept of a flexible diet, “if it fits your macros” (IIFYM), as stated in articles that describe its history and meaning and comment on its philosophy. This offers a semi-flexible approach in which you have a wide variety of foods with good nutritional quality, provided they match macronutrients and expected daily calories reasonably closely.

A complete break from the diet is generally considered the period in which calorie intake must be consumed at maintenance levels (or eucalyptus diet), which consists of taking in calories equal to wear and tear and energy requirement (TDEE). An eucalyptus or maintenance diet is also defined as a diet that maintains weight and / or body fat at more or less stable levels for a long time. Of course, people who take a controlled, complete break from their diet can observe these guidelines in detail. To get a rough idea of ​​your calorie needs, you can do the following calculation:

The calculation is approximate and valid if the mass of fat is in the normal ratio (10-15% for men; 18-25% for women). Otherwise, the ideal weighting factor should be assessed through BMI. For “athletes,” this is a moderate level of activity 3-5 days a week. We suggest using more reliable methods to get a more accurate estimate of your energy needs.

Protein levels should be stable in line with the levels reached during the calorie restriction period. Alternatively, McDonald offers the option of a small increase in protein (2) because research has shown that a small increase in protein (~ 50 g) during a maintenance diet due to a very low calorie period limits fat gain (5). However, knowing that protein intake must already be high enough due to the increased physiological needs associated with calorie restriction and increased physical activity (6), these additional benefits may be overkill, especially if the diet is controlled. A slight increase in protein may instead be quite beneficial for people opting for uncontrolled or semi-controlled FDB, as this known macronutrient provides quite a significant benefit to satiety and spontaneous or voluntary calorie reduction. swallow (5, 7). McDonald’s (1) Recommendations for Protein Requirements in Eucalyptus Diet:

An estimate of the kilogram of muscle mass in normal weight subjects can be obtained by subtracting 12-15% of body weight for men and 18-25% of body weight for women. These estimates are approximate and are valid if subjects have normal fat levels. McDonald states that a minimum contribution of 2.2 g / kg FFM is sufficient for anyone doing weight or weight gain and aerobics. 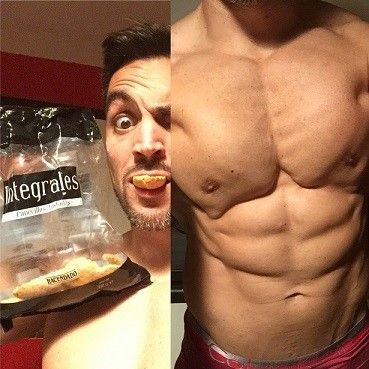 Another fundamental indication is the consumption of a minimum starting amount of 100 g of carbohydrates per day, regardless of weight, activity level and calorie requirements. MacDonald argues that this is important for the regulation of thyroid hormones involved in basal metabolism. These minimum levels are also required to raise insulin and leptin levels, which are highly dependent on the amount of carbohydrates in the diet and at the same time affect the efficiency of the nervous system and metabolic activity. At these baselines, an additional daily amount is added according to the activity levels: the higher the activity level, the more carbohydrate intake that needs to be added to 100 g of base. Below are the formulas for reaching the ideal carbohydrate intake by category.

Subjects who regularly exercise 3-5 days a week are classified as “moderately active”. To estimate kg of lean body mass (FFM), you must evaluate the instructions in the previous section.

Diet fat will increase over the low-calorie period, approximately 20-25% relative to the calorie requirement (TDEE-2). According to guidelines established by medical organizations, optimal lipid levels are in the range of 20-35% of energy requirements (9). In this case, the amount of lipids actually depends on the proportion of macronutrients, given that the total number of calories is set to maintain the maintenance level. Thus, grams of lipids will be the result of the difference between protein and carbohydrate calories and the remaining calories for maintenance (1Trusted). Thus, the dietary fat / carbohydrate ratio is highly dependent on activity levels: the higher the activity levels, the higher the amount of carbohydrates and the lower the proportion of lipids in energy intake. Total. A sedentary person can achieve about 50% lipids in calorie intake. Recognizing the possibility of subjective tolerance to a different ratio of fat / carbohydrates in the diet (10, 11), the author proposes to evaluate this aspect in order to adjust the proportions between the two macronutrients more individually. This would be especially for subjects with low activity levels, who, according to McDonald, must follow hypoglucid and hyperlipid diets. Formula for a gram of fat:

The duration of the FDB should be between 10 and 14 days, although 2 weeks is usually the canonical indication. 14 days can mostly refer to a scheduled FDB that is arranged ahead of time as part of the meal structure. Variable duration can, however, mainly refer to an unscheduled FDB introduced in the event of an unplanned event, which prevents the scheme from being maintained for a period of time (such as a 10-20 day vacation). MacDonald explains that elevated thyroid hormone levels and their positive effects on metabolic rate are not immediate and require at least a week of eucalyptus diets to normalize. However, it will take another week to fully reset the levels and fully utilize their effects. As a result, it is not recommended to store FDBs for fewer days than the installed ones.

Frequency is the factor that primarily affects programmed FDB, as unplanned FDB is likely to be observed during events not anticipated by long-term diet planning. As stated above, the programmed FDBs repeat at a specific frequency based on fat levels. This means that the frequency with which the programmed FDB is injected over 2 weeks is approximately inversely proportional to the subject’s fat mass. However, McDonald does offer some flexibility in terms of FDB frequency according to the following scheme (1):

Kryptonite and carbs at night

Learn to manage your net volume