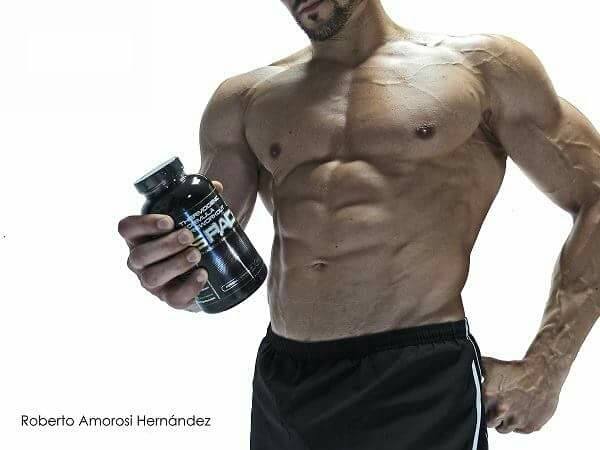 Those of us who have been in this sector for several years are used to seeing some additives systematically become fashionable so that after a few years they can be forgotten as shooting stars.

In a desperate search for LEGAL substances that boost our anabolic hormones (Mental note: if they worked, they would NOT be legal anymore), then D-aspartic ACID made its way to the amino acid that has been the main character of such headlines in recent years. like:

“Boost your testosterone by 40% with DAA”

“D-aspartic acid and its ability to build muscle”

As usual and well stated in the MPVP, it starts by explaining a little bit of biochemistry to give a “pseudoscientific touch” to what is being written and build trust: what’s important It’s not that the argument is a lie or half of the truth, it’s important what the reader thinks “I haven’t heard half, but it shows that they know what they are talking about”, something like …

Then it mentions some research on dubious scientific impact, cool graphics and ready to go to market … we add a “pretty photo” of the Bald Pig stabbing her ass with EVERYTHING except the DAA (don’t worry, he’s not laughing at you, this is just “work”) and … SELL !!!

Well, the last thing we know is that a 2015 study (2) of 14 days showed that TRAINED MEN who used 3 grams per day of DAA Strong did not show ANY EFFECT or changes in testosterone levels. In contrast, men who injected 6g DAA daily experienced a decrease in total testosterone (-12.5%) and FREE (-15.3%). These effects were not correlated with baseline or baseline testosterone levels, and in fact the study was conducted in subjects with NORMAL baseline levels, in contrast to other previous studies performed on subjects with previous low testosterone levels. The authors hypothesized that higher doses of DAA (6 g / day) could cause negative feedback for the pituitary gland, which is caused by a decrease in the release of luteinizing hormone (LH).

Oops !! What a surprise … the body is trying to maintain homeostasis

There is something “dirty “, That which” does not curl up “, in the minds of these people is always in search of a wonderful substance that can” naturally “change the biochemistry of their bodies … Playing to see where we draw the line between the forbidden and the lawful.

This mentality is not all right, because if testosterone is legal tomorrow, they will accept it despite the side effects continuing. D-aspartic acid (which is obviously a “trickster” product) or some pre-hormonal substance of questionable origin.

And be careful, this does NOT mean that you are against the use of substances NOT blacklisted by WADA (for something), and what they can do is to ease your wallet … but I know a lot more people, who know what glutamine, arginine or carnitine is and what they are for than people who know how to do squats at the behest of God. Here’s something that doesn’t fit !!

Personally, I didn’t take ANYTHING until I was 24 years old, and at that age I first introduced the first multivitamin !! Wow … However, that hasn’t stopped me from growing and developing in the gym.

With this mindset, always in search of the magic pill, we burst into the supplement game like a donkey chasing its carrot, and it loses a tremendous amount of time, money and energy learning bullshit in a place that goes deep into what’s really important: TRAINING !!

The effect of meat on the body